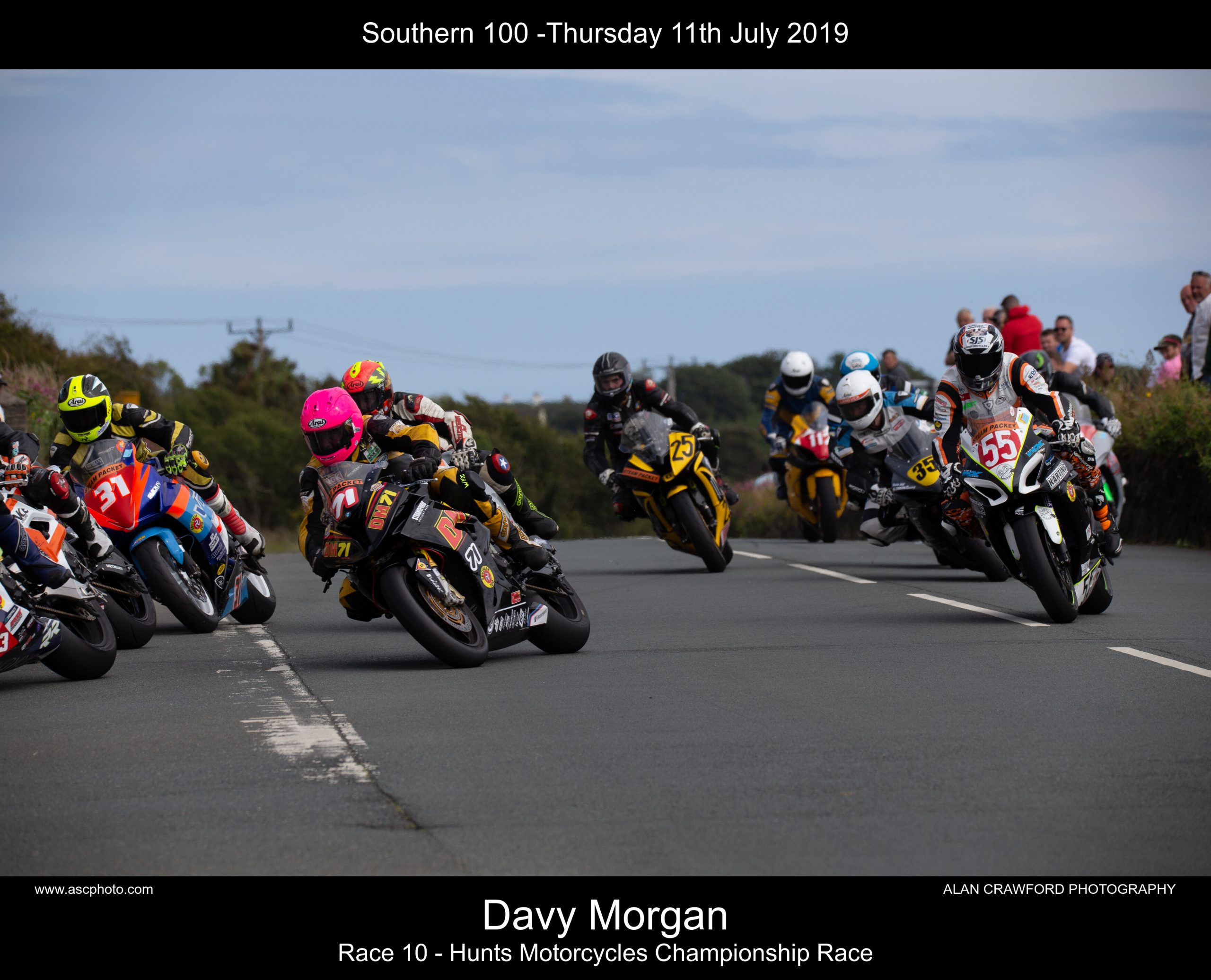 Southern 100 Racing are shocked and saddened on receiving the news that Davy Morgan was killed in an incident on the third and final lap of the first Supersport Race at the 2022 Isle of Man TT Races.

Davy made his Southern 100 debut in 2005, one of 26 Newcomers that year, amongst them were Derek Brien, John Burrows, Ray Porter, and Ken Doherty, who would become regular rivals over the years for the Saintfield rider.

His debut year brought him two sixth places, an eighth, two ninths and 15th in the prestigious Solo Championship Race and six Best Newcomers Awards out of seven finishes.

Between 2005 and 2019, fifteen years Davy entered a total of 63 races, gaining 12 top six finishes, 19 DNF’s and in 2017 stood on the top step of the podium after winning the appropriately named Pole Position 600cc Race and setting the fastest lap in the process.

Davy was also to be seen racing at the Post TT Road Races on the Billown Course, getting his eye back in for massed start racing at the end of the TT Festival and had entered the 2022 races, the gap on the grid on the Castletown By-Pass will represent the large void left with Davy’s passing. He was also entered for the Southern 100 in July.

Davy Morgan was a true road racer, who loved his chosen sport, a great ambassador, and a real gentleman, always willing to help his fellow competitors. His cheery smile always a calming and welcome sight.

Southern 100 Racing offer their sincere condolences to his partner Trudy, his family, friends and all who knew him. It was an honour and privilege to watch Davy race on the Billown Course creating so many memories for us to recall this year and in future years.

(Photo courtesy of Alan Crawford depicts Davy in the midst of the action in what would be his final race at the Southern 100 in 2019 – the Solo Championship.)