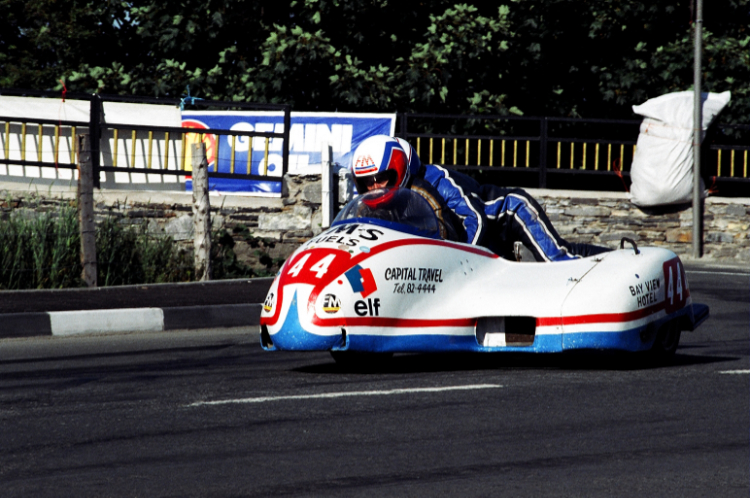 Dennis Proudman Has Passed Away

Southern 100 Racing has sadly learned that Dennis Proudman passed away recently, whilst off Island.

Dennis was a staunch supporter of the Southern 100 Road Races having raced on the Billown Course between 1968 and 2000, some thirty-three years.

Whilst he was known for his exploits as a Sidecar Driver, he raced solos between 1968 and 1973 before adding a third wheel and a passenger.

Dennis competed in thirty-seven races at the Southern 100 achieving twelve top-ten placings and six top six spots, his best being third in the 1989 Formula 2 Championship with Dougie Jewell as passenger.

On the Snaefell TT Mountain Course, again he first competed in the Manx Grand Prix between 1969 and 1973 with a number of mid-field finishes before entering and racing in the TT Sidecar races between 1987 and 2000, eighteen race in all with nine finishes, his best sixteenth in the 1991 Sidecar Race A with Dougie by his side.

Southern 100 Racing extend their sincere condolences to Dennis’s family and friends and thank him for being a loyal supporter of ‘the friendly races’ over so many years. R.I.P.