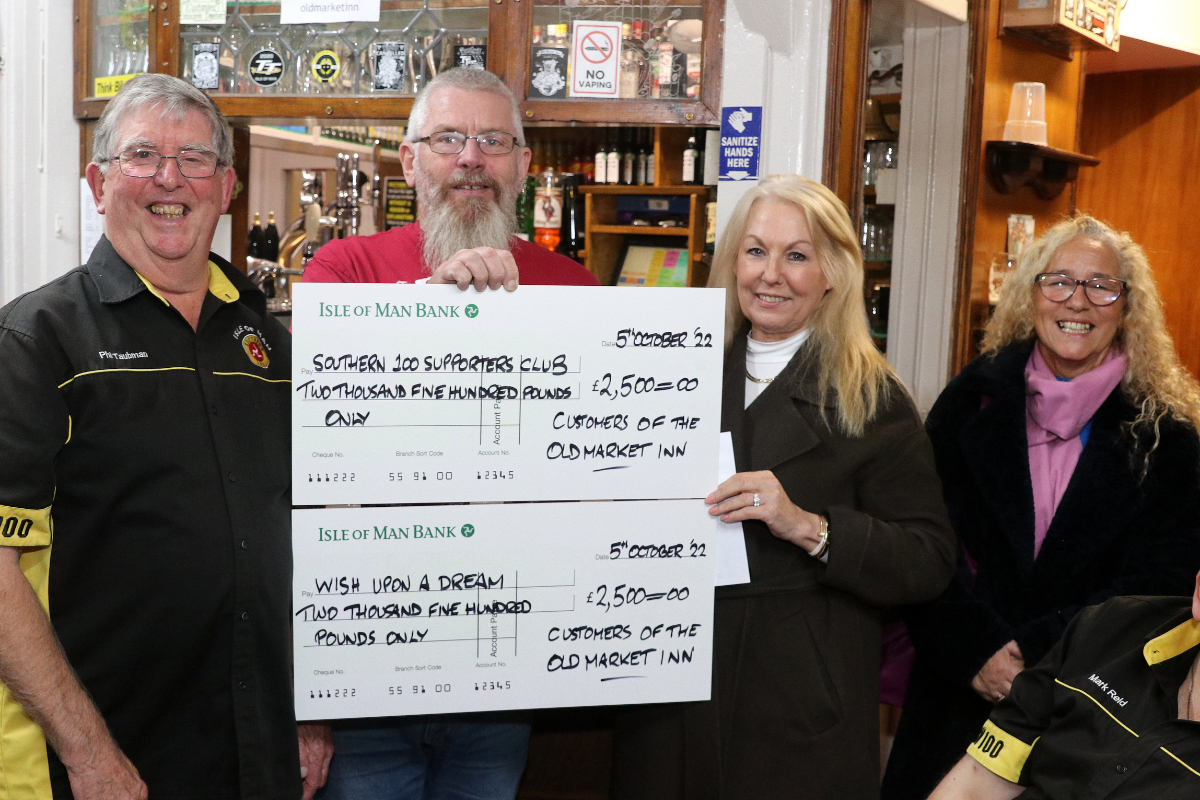 Old Market Inn Continues to Amaze in its Fund Raising With £5,000 Donations

The Old Market Inn on Chapel Row in Douglas may be the smallest pub in the Isle of Man, but it is one with the biggest heart when it comes to supporting the Southern 100 Supporters Club.

Jayne, Dave, Hannah and Colin and the patrons of the ‘Market’ commenced supporting the Southern 100 Supporters fund in 2003, raising £290.00.

With road racing returning after a two-year sabbatical due to the covid pandemic, the Orry Lewin was tasked to design artwork for the 2022 tee-shirt, which once again proved to be extremely popular and being despatched world-wide.

Add in the other usual fundraisers and loose change donations and once again the Old Market ‘Regulars and Fans’ raised the magnificent sum of £2.500.00 for the Southern 100 Supporters Club.

Phil thanked Dave and their customers for the excellent support over the last year, especially over the last six months and said the club were deeply indebted to all involved in the fund raising. He also thanked them for their hospitality on the evening and gave a special mention to Jayne Devereau who kindly supplied the buffet which was very well received!

During the evening, Mine Host, Dave also presented a cheque for £2,500.00 to Lesley Turnbull of the Wish Upon A Dream Charity which grants wishes for sick and terminally ill children living on the Isle of Man.