From early morning the sun shone on the Race Paddock for the first ever Southern 100 Motorcycle Show organised by the Southern 100 Supporters Club which attracted large crowds during the day.

It was busy from before the official opening time of 10.00am as bikers arrived with their machines to proudly display them, hoping that they would receive one of the eleven ‘coveted’ Winner’s Rosettes.

By the time entries had closed at 12 noon, 120 machines had been entered providing the five judges, Clarissa Beadman, Chris Palmer, Dave Redmayne, Steve Moynihan, and a guest judge from the Vintage MCC (IOM) with a difficult task, such was the quality of the entries to took nearly 3 hours to confirm the winners.

The winning machine in each class received a rosette and the owner £50.00 and a bottle of Foraging Vintners ‘Rhunessa’ Sparkling Wine.

With the Best in Show being announced at the Train Triangle Live Music Night as the Triumph MAT and received £100.00 and a bottle of Honey Bun Manx Honey Liqueur.

In addition to the excellent display of machines in the Parc Ferme Area, more than 60 stands were showing off their racing machines, past and present and a number were brought into life much to the delight and in some cases surprise of the throngs gathered around once the revs were raised to the ‘correct’ level!

There were several charitable stalls raising funds for their all very worthwhile causes, mainly road racing or motorcycle related along with health charities.

Also involved were some trade stands, plus an exhibition of machines from members of the Vintage MCC – Isle of Man, plus some incredibly unique Classic Cars, courtesy of the Classic Car Club

The food stalls were kept busy all day, as was the Bouncy Castle and Giant Slide that was enjoyed by many of the youngster’s present enjoying their day out as a family at one of the first ‘family’ event the Island has seen in 2021, with an attendance through the day nearing 5000 in total.

Throughout the day the spectators were entertained by the Station Garage International Trials Team with highlight of the day the appearance of the World-Famous Purple Helmets performing at speed approaching 100 miles per hour!

The Southern 100 Supporters Club are grateful to IFGL Group for their valuable support and to the Domestic Event Fund, organised and run by Business Isle of Man, an Executive Agency for the Department for Enterprise for their involvement which is much appreciated. 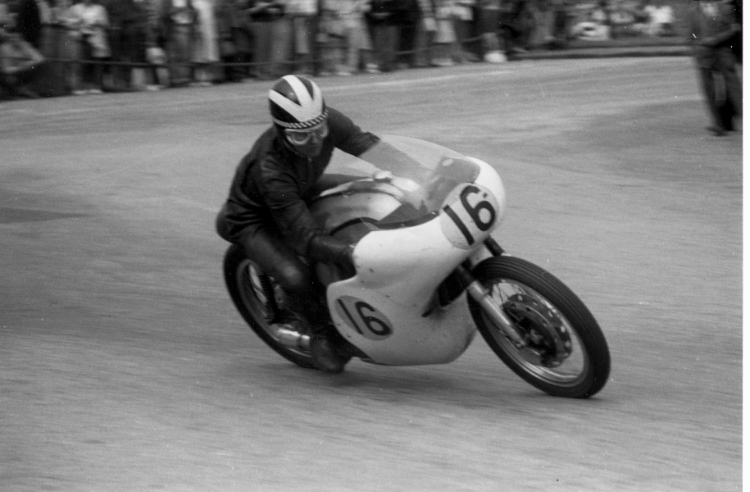