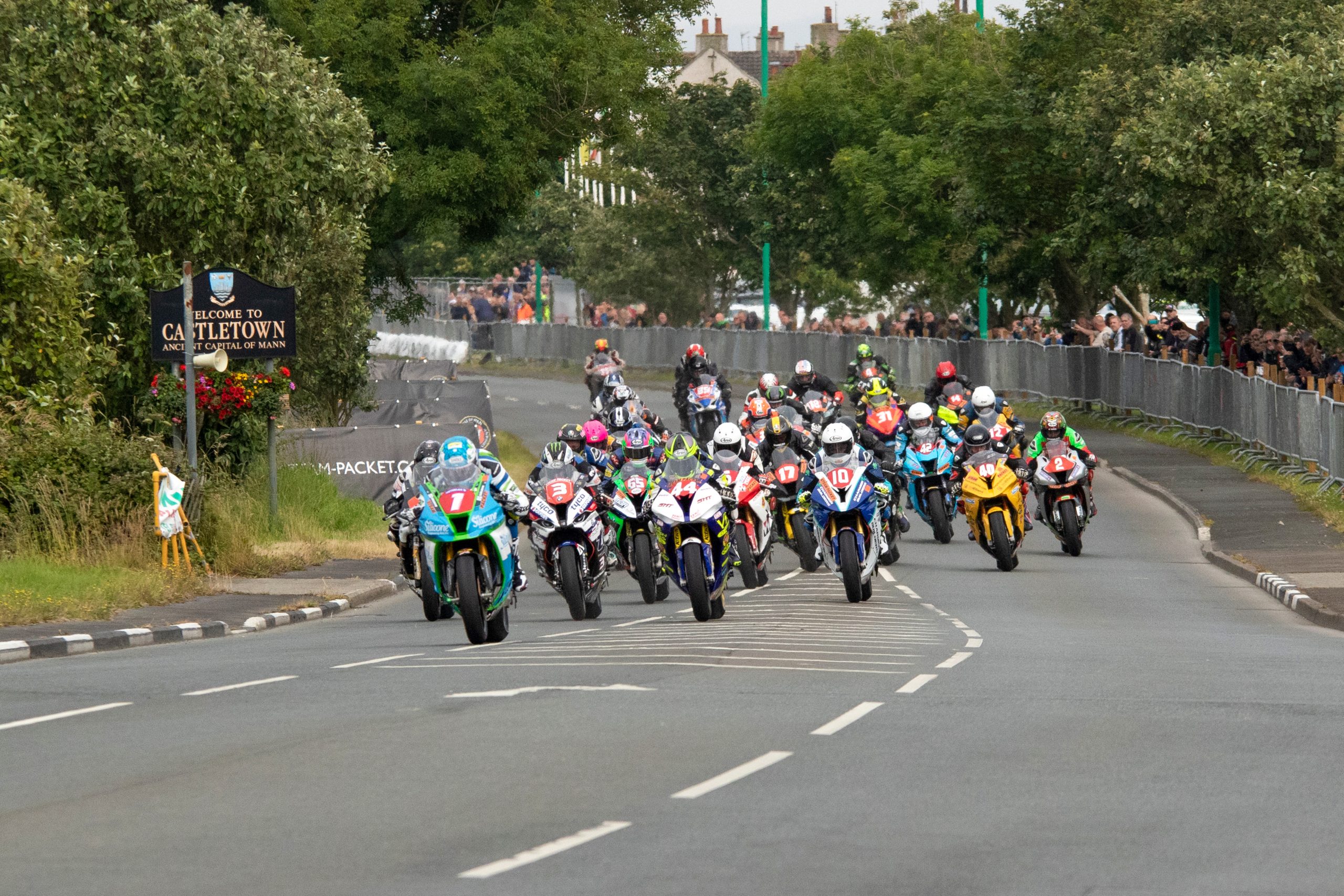 The Friendly Races Set To Return

1096 days since the last chequered flag was shown at the Southern 100 Road Races, on Thursday 11th July 2019, the ‘friendly races’ are set to resume on Monday 11th July 2022 and continue through including Championship Day, Thursday 14th July.

Title sponsors since 1999, The Isle of Man Steam Packet Company remain with their valuable and much appreciated support under new Chairman Brian Thomson.

Most importantly however, race organisers Southern 100 Racing welcome back the competitors, including past and current (2019) Champions, race winners, returning regulars and fourteen newcomers, with a warm welcome to all the fans and enthusiasts who line the Colas Billown Course to watch and support the races.

Carrying the Number 1 plate for 2022, is the current and latest (2019) Hunt’s Motorcycles Solo Champion Dean Harrison, a three times winner of the prestigious title on the newly named DAO Kawasaki machines.

Hoping to take the coveted Solo Championship title off the Yorkshireman is also a three-time holder of the ‘Derek Ennett Trophy’ Michael Dunlop, who has the use of the Buildbase Suzuki Superbike, prepared by Hawk Racing along with his own 600 MD Yamaha and a McAdoo Racing Supertwin.

Having made his Southern 100 debut in 2018, Davey Todd finished third in the Solo Championship Race behind Dean Harrison and Ivan Lintin, as well as taking other top six placings.

Riding for the Milenco by Padgett’s Team, the Saltburn rider will certainly have an eye on standing on the top step of the podium, especially on Championship Day, Thursday.

Close neighbour and rival to Dean Harrison, who enjoyed his best TT earlier this month, Jamie Coward has a selection Yamaha machines prepared by Steadplan Racing and will be out to add to his silverware collection, as will Manxie Nathan Harrison, the 2019 double Manx Grand Prix winner, who made his TT debut just a month ago with five races, five finishes and five replicas! Nathan will be keen to add some Southern 100 trophies to his collection.

The cream of the ‘road racing family’ will be based in the Billown Paddock, all looking forward to the challenges of the 4.25-mile course, renewing rivalry after three years away and setting their own targets including Sam West; Rob Hodson; Paul Jordan; Michael Sweeney; Ryan Kneen, Jamie Williams, and Joe Yeardsley, Michael Russell, Rhys Hardisty to name but a few.

The action commences on Monday evening 11th July between 6.05pm and 9.40pm with practice and continues on Tuesday with final practice, plus two races commencing at 8.00pm. Wednesday has four races, whilst Thursday, Championship Day the morning session between 9.30am and 12.45pm four races are to be run and finally between 1.30pm and 4.45pm four races including the two feature races, the Solo and Sidecar Championships.

The Southern 100 concludes with an Open-Air Prize Presentation in the Market Square from 8.30pm.

Further information can be found on the official website: www.southern100.com