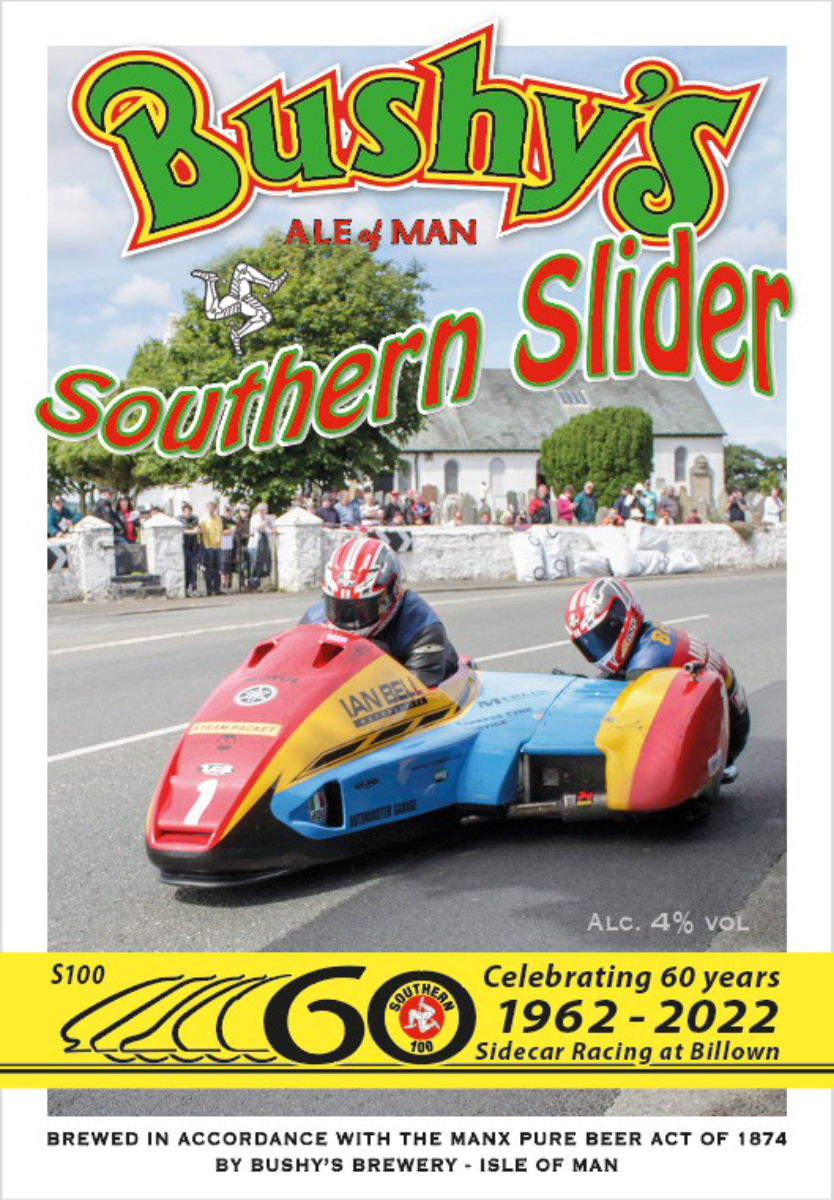 As part of the Diamond Jubilee of Sidecar Racing at the friendly races Bushy’s Brewery have produced a special brew of the popular draft beers, brewed in accordance with the Manx Pure Beer Act of 1874.

Aptly named Southern Sliders the special brew will be available in most Bushy’s outlets including the bar adjacent to the Race Paddock from Tuesday 12th July.

Martin Brunschweiller, Managing Director of Bushy’s said: ‘Bushy’s and the Southern 100 have a long association together, having produced special brews for various occasions in the history of the races, including the 50th & 60th Anniversaries in 2005 and 2015.

‘There is something special about sidecar racing around the Billown Course and it is a pleasure to be able to produce a unique brew to commemorate 60 years of Sidecars providing close and exciting racing over the years. The Southern Sliders is a Golden Hoppy Beer with 4% alcohol volume.

‘Bushy’s wish all competitors a safe and successful Southern 100 2022 and hope you enjoy the Southern Sliders.’