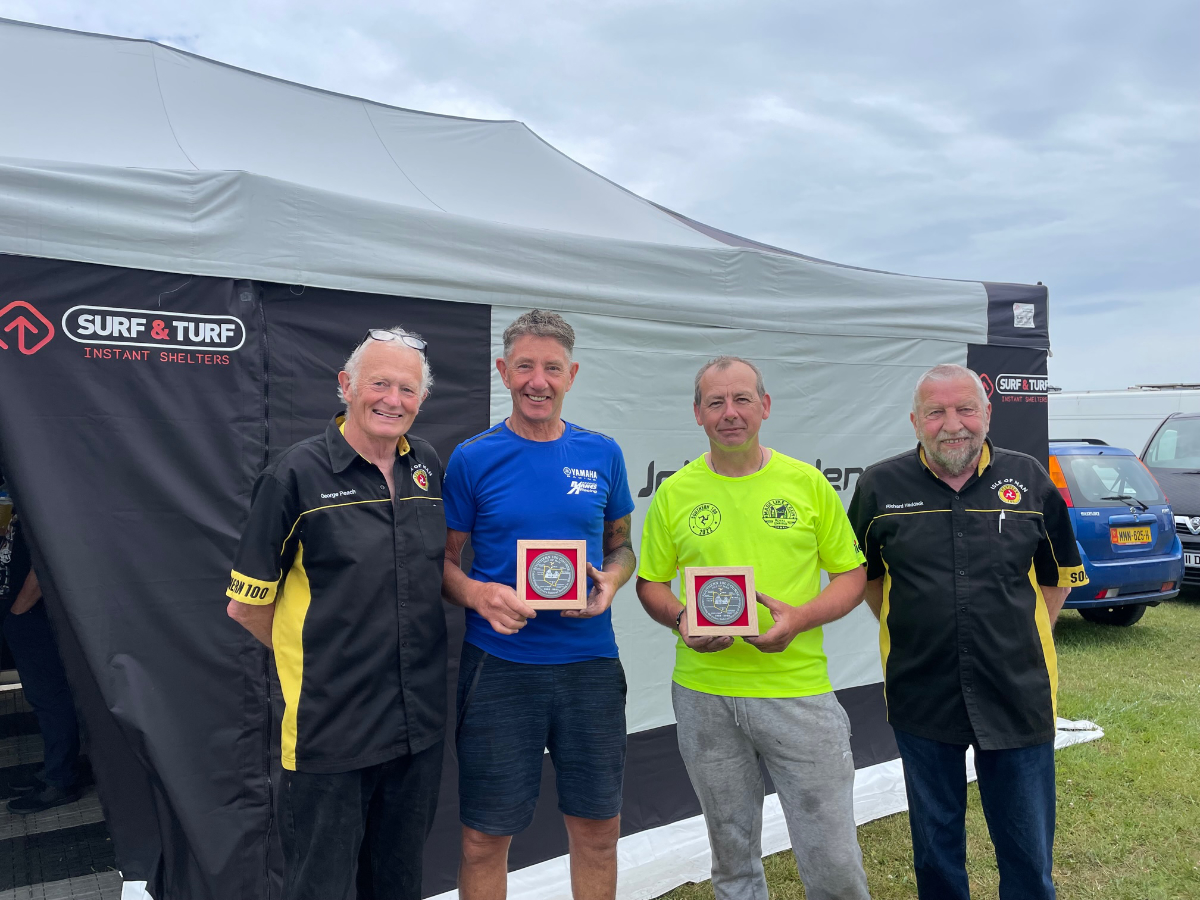 As part of the Diamond Jubilee of Sidecar Racing at the friendly races, the race organisers, Southern 100 Racing presented each driver and passenger with an exclusive designed, and locally produced by Malcolm Smith of Manx Rock Craft, commemorative plaque to mark the occasion.