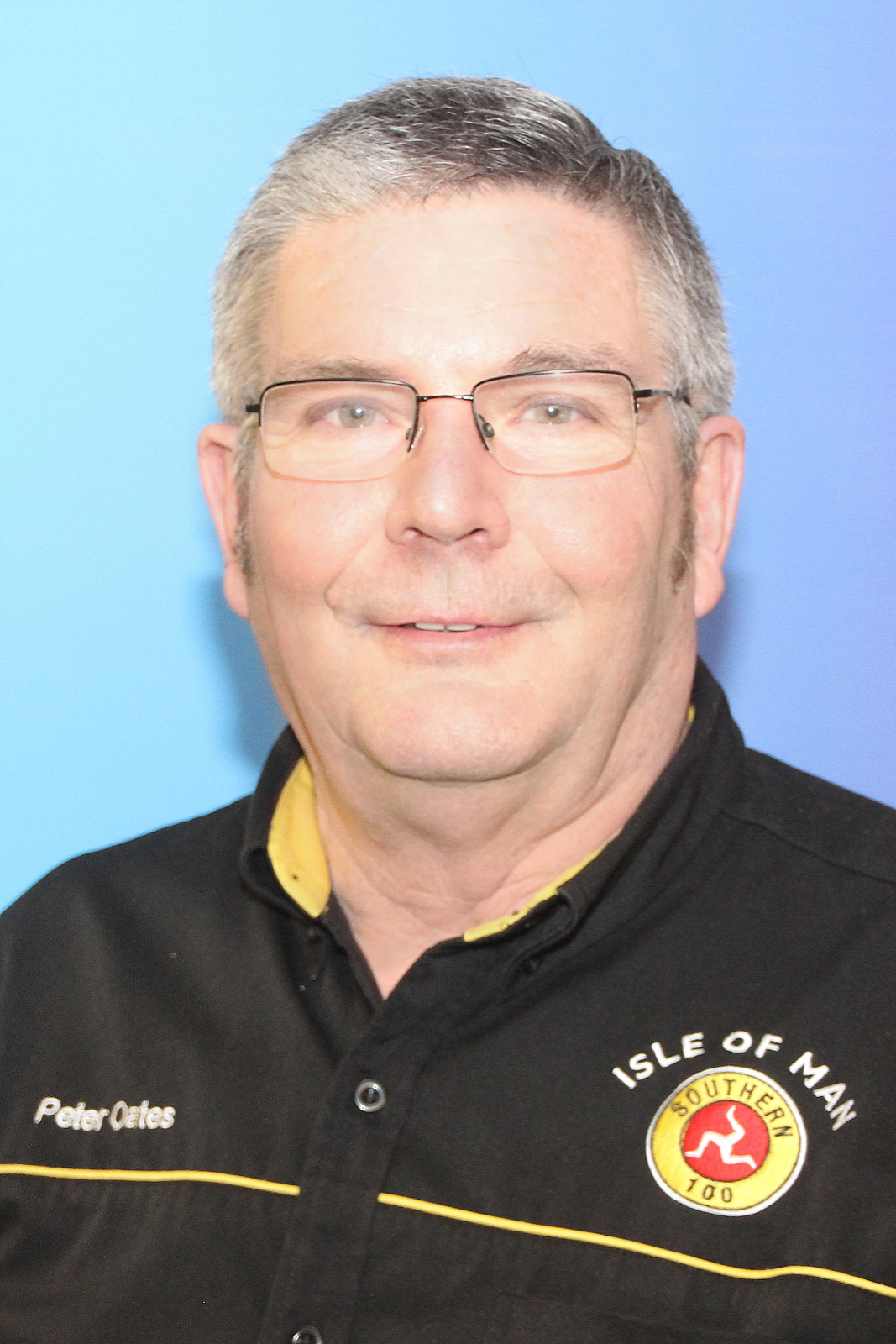 Clerk of Course, Peter Oates switched off his Microphone Head Set for the final time at the conclusion of the Isle of Man Steam Packet Southern 100 Road Races Road Races on Thursday 14th July 2022, bringing forty-years of dedicated service to the races on the Colas Billown Course to an end.

Having been born and brought up in Castletown it is not surprising that Pater Oates took an interest in the fledgling Southern 100 Road Races, which had started in 1955 and like many other young men in the town became ‘a helper’ in organising the races, eventually joining the committee, and becoming an official.

Peter was appointed Deputy Clerk of Course at the Southern 100 Road Races in 1982, a position he held up to and including 2015, when he then took on the duties of Clerk of Course, after Phil Taubman MBE stood down after over thirty years in the role.

Prior to that, Peter became Clerk of Course for the then named ‘Steam Packet Races’ which were first held on the 4.25-mile course in 1991, at the request of the Isle of Man Steam Packet Company, the event becoming the Post TT Road Races in 2010. Peter Oates stepped down after this year’s races on 11th June.

Twelve months after taking on the role as C of C for the Post TT Races, he took on the same role for the Pre-TT Classic Road Races, which were first run in 1988, again he performed the C of C duties for the final time this year.

As if being Clerk of Course was not enough of an onerous task, Peter took on the position as Treasurer of Southern 100 Racing in 2020, when the position became vacant, a position he will retain for the time being.

Over the forty years, Peter will have witnessed many changes, most importantly the improvement in safety equipment and medical matters and communications.

His experience and knowledge have proved invaluable during all the action on the Billown Course, be it practice or racing and along with his enthusiasm for the ‘friendly races’ has encouraged many volunteers to become more involved with the organisation, thus ensuring its future is secure.

Whilst Peter has finally unplugged his microphone headset, come May, June, and July his familiar figure will be seen around the course and paddock in one or more roles, somewhat less stressful than what he has been used to since 1982.

Thank you, Peter, from all the competitors, officials, marshals, medics, fans, and spectators who have had the pleasure of being involved with the racing on the Colas Billown Course over the years.